How APIs Makes the Life of Mobile App Developers’ Easy

HomeBlog  How APIs Makes the Life of Mobile App...

How APIs Makes the Life of Mobile App Developers’ Easy 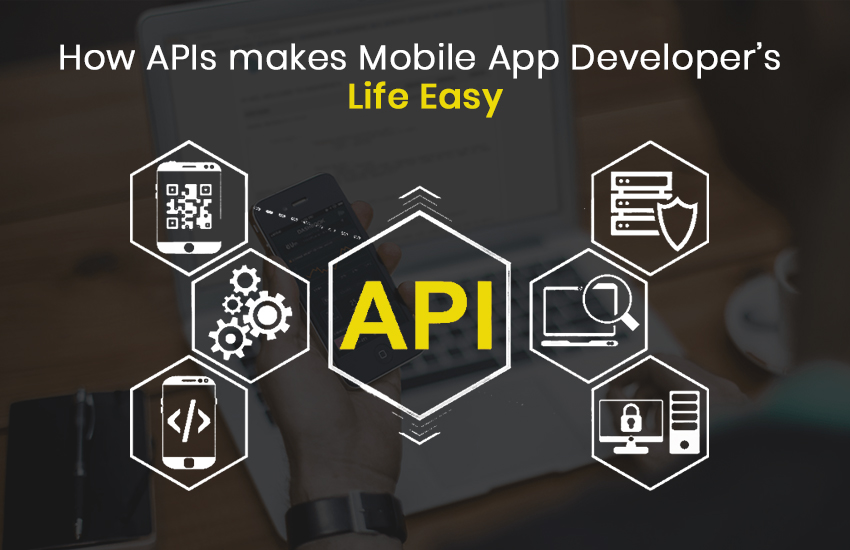 It looks so nice to know how the devices or technology we use in our daily life basis. It is so amazing to feel that the techno-elements and devices which have been done will last longer – as technology is transforming itself rapidly without delivering us a plenty of time to learn all of its functionality and the features how it actually works.

Let’s break the story – there are always the unrivaled and unprecedented kinds of stuff in technology and it’ll never end. Let be straight, there is nothing new in the industry – entire things are based on research and public interest, which means someone has already made a concept back in the time of the ancients – such is a case of an Application Programming Interface (API). It’s not something which has never done before, but is much reliable, quick and modern.

An API is a set of procedures to portion the benefits between two applications. The app is a software characteristic which consumes a problem as an input – exercise it over an algorithm written in the app – then delivers output as a solution. Programming is introduced to the operation of writing in comp languages, determining upon the medium and which authorize an app to permit the access of data from the different app, database or software. User Interface (UI) permits a user to access dissimilar features of the applications like log-in, make a selection, and pay in the matter of few taps.

For example, if an eCommerce company or agency wants to develop a high-quality shopping app for their users – and user’s demand for a login-based application which displays ads on the shopping media and allows users to share the links of products – with the various payment gateways, then it will become a hard task for an app developer to rise up with various complex codes and it may take a chance to being ready for the client’s entire project.

Let’s track a definition in this phase: an API is a bearer of services from a professional to the distributor who wants to offer customers with added benefits. In the circumstances of Android and iOS app development, a mobile application with particular features requires generating revenue so it will access to the API of payment methodological app.

Below, I’m mentioning some of the enormously used of APIs:

With the help of JavaScript or flash interface, you can use Google Map without being exited. Also, Google Map API can be used on dissimilar devices, desktop, and mobile phone.

How Apis Delivers Ease To The Developers?

APIs has delivered ease to the app development companies – an option to do more focus on the applications’ ideas and don’t get stuck in between the details of apps like payments and log-in. With the support of APIs – developers can use the experts’ knowledge in payment and login – also do more concentrate on developing an app for Android and iOS app developer.

APIs permit an application to access the database of other apps in an ethical manner. The user can easily read and write accesses data as per as the need for an application.

API permits one application to get interconnected with another without getting an interrupting issue which makes it to perform its tasks swiftly on dissimilar platforms such as wearable, website, and smartphone devices.

• Better Use Of Live Apps

Those applicants who have established itself as mega businesses with an enormous user database can swiftly deliver details of user behavior so the developers must have to try their APIs.

With an APIs, any of the user or agency can customize the content and its services – which they use the most.

Security is the biggest and the core concern whenever you allow other applications to access the data of your company. For such reason, there are some of API release policies like:

a) Private: Private APIs is operated for only an internal use.

b) Partner: Partner APIs that is used by the third parties to generate revenue and exercise the quality control.

c) Public: Public APIs are open to getting used by any of mobile app developers to assemble an app.

APIs interact in the same way with entire devices – doesn’t matter which operating system a device belongs to. It makes an API a universal interface and there is not any misunderstanding while accessing the data from a third party server.

We are near being able to tell our requirements to a computer and the computer will write all the codecs to generate an application of its own. I don’t think that developers should be worried about to losing their jobs with the disclosure of artificial intelligence; rather. Developers need to look for the ways in which they can develop their skills more strong in AI and use AI to become a better developer than before or by everyone.

An enormous use of APIs has boosted mobile app development agencies to stretch down the market with all sorts of creative and innovative mobile apps for their customers. The division of technology in dissimilar fields and locations has been possible with the sharing of required information through one server to another so as to rise up with the application-based services for their customers.

About Marilyn Delvin
Marilyn Delvin is an expert writer – who is delivering premier quality contents since half of the decade. Currently, she’s working as a senior writer at leading mobile app Development Company in USA. 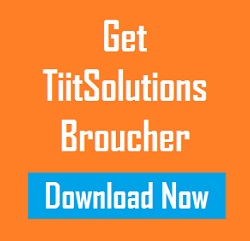